What is Thales’ theorem? The little relationship between circle and right triangle.

Maybe some people would say that “who is Thales? I have only heard about Taylor Swift.” But you must have heard the theorem which I will talk about later. 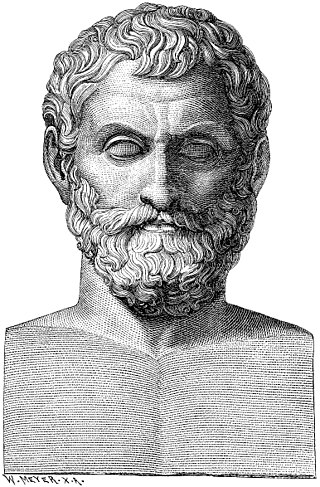 What is Thales’ theorem talking about?

In short, The triangle formed by the diameter of a circle and a point on the circumference must be a right triangle.
Precisely, the angle opposite the diameter will be a right angle.

Now we speak in mathematical language:
Let A, B, C be three distinct points on a circle and the line AB be the diameter. Then \(\angle ACB\) must be equal to \(90 ^{\circ}\).

Try moving the orange dot along the circle, you can see the angle is really 90 degree:

How to prove it?

The way to prove is very simple, just add one more line and you can see it.

If you think it’s hard to imagine it, you can try to move the orange dot again and observe the change of every angles:

Pictures credits:
All the graphs on Geogebra were made by Alex.
The Thales’ portrait is from Wikipedia.